We offer the following three-fold product and project portfolio: 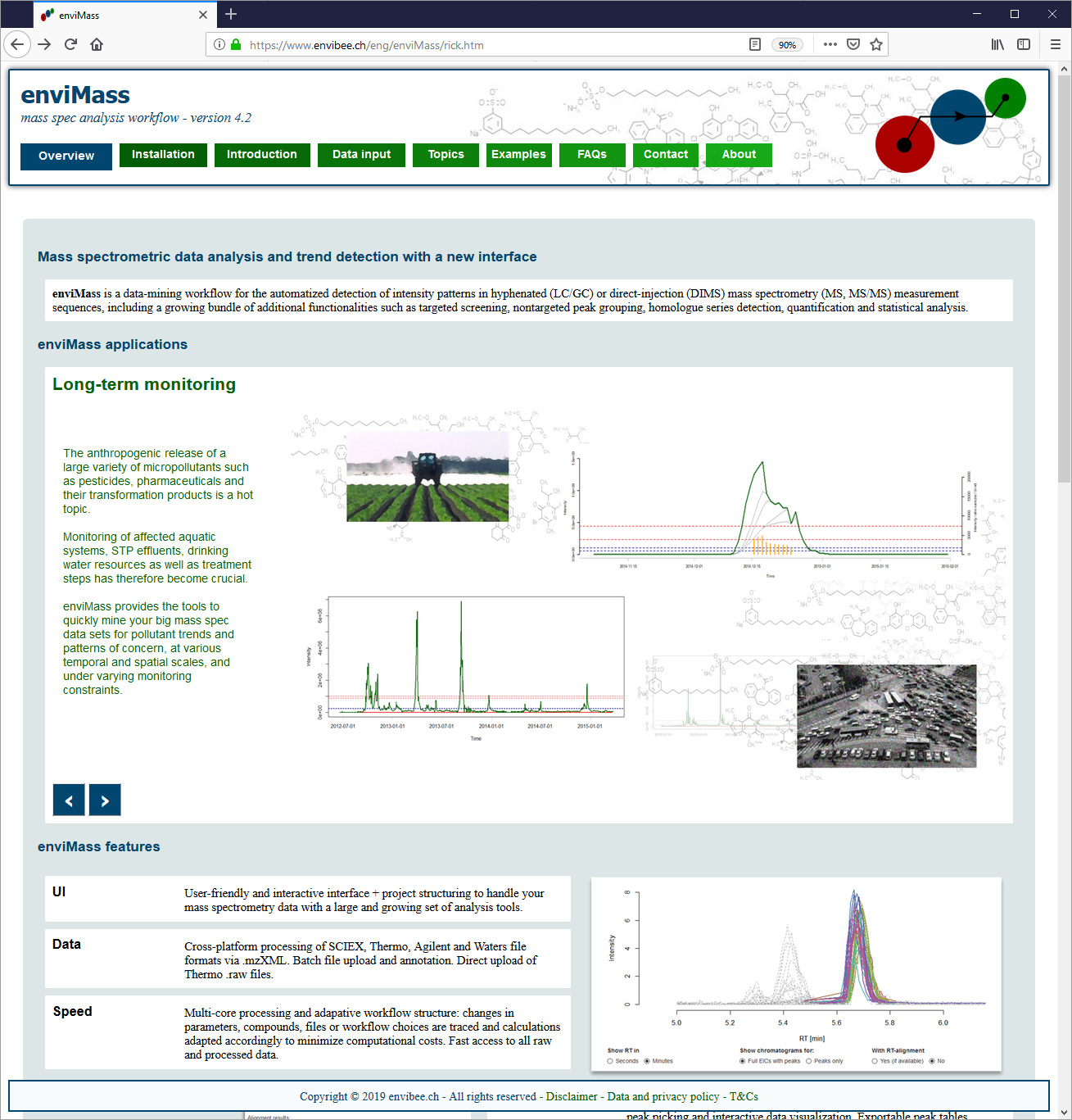 Data-mining routine for (large) liquid or gas chromatography (LC/GC) mass spectrometry (MS) measurement sequences. The cross-platform workflow comprises an extensive and flexible set of tools for mass spec analysis, such as: Packages up to version 2.2 were commenced at Eawag Dübendorf; and are now, among other contributors and users, further developed for the Rhine monitoring station Basel (CH, Kantonales Umweltlabor Basel Stadt / Amt für Umwelt und Energie).

→ Read the publication in Journal of Cheminformatics 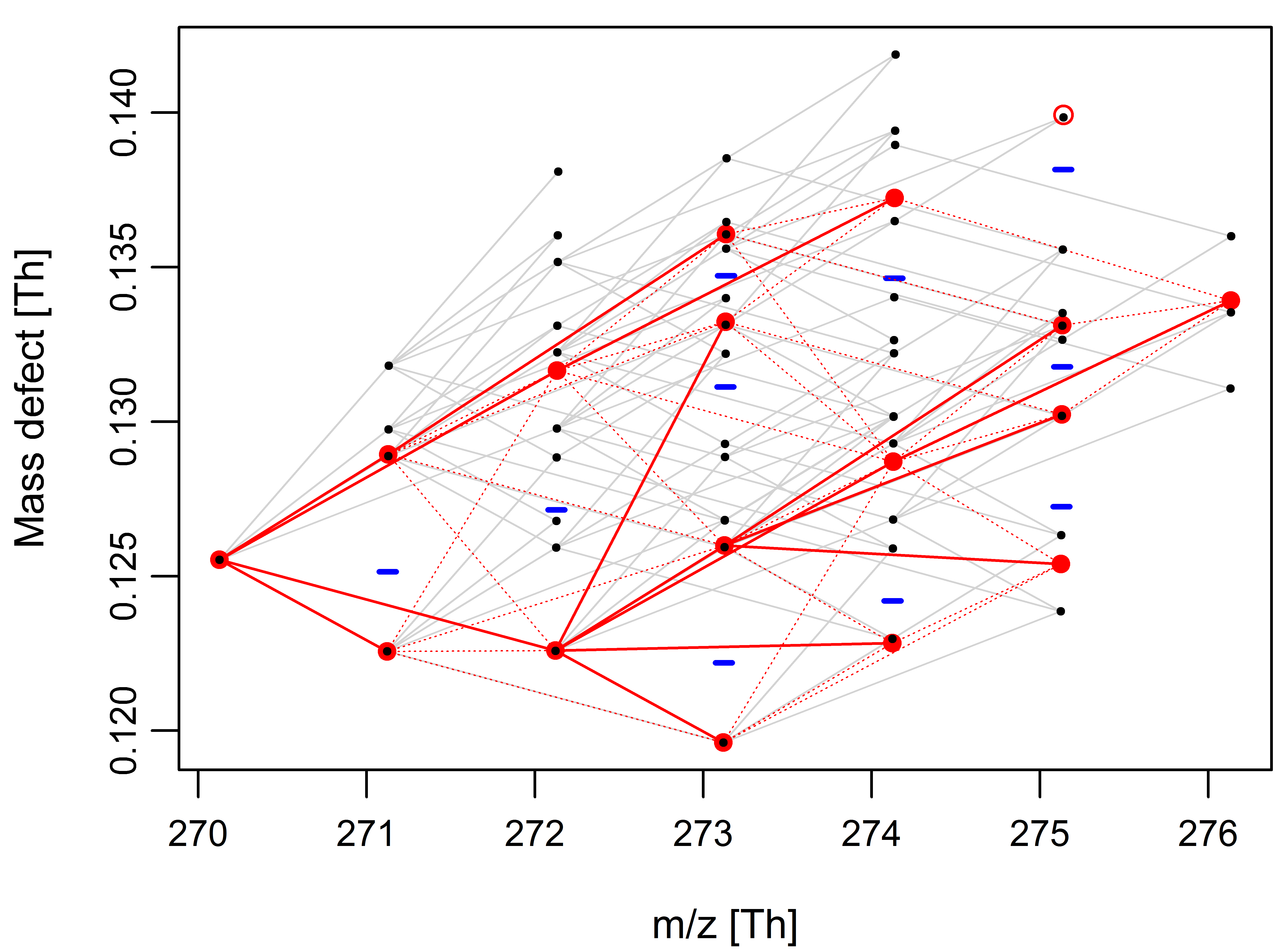 → Read the publication in Journal of Cheminformatics

Exemplary data set for resolution-specific isotope pattern grouping of LC-HRMS peaks with the above package nontarget and its function pattern.search2(). Based on a large set of unique PubChem molecular formulas, quantized (a) m/z, (b) m/z differences, (c) intensity ratios and (d) marker centroids of simulated centroid pairs are listed for one instrument resolution function. Package version 1.1 was contributed 2014 to the CRAN repository while working at Eawag Dübendorf; further instrument-specific data sets are available on demand.

Software optimization and adapations for target quantification at AUE Basel. 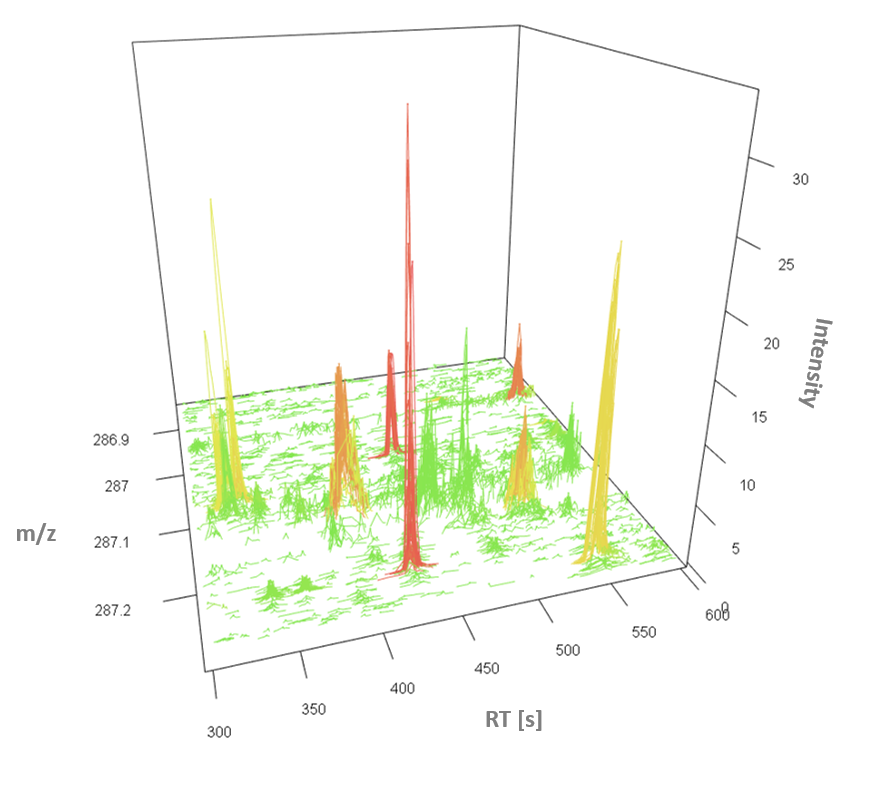 NTS data analysis for the interlaboratory trial of cantonal laboratories, Switzerland. Commissioned by the Federal Office for the Environment FOEN (BAFU). 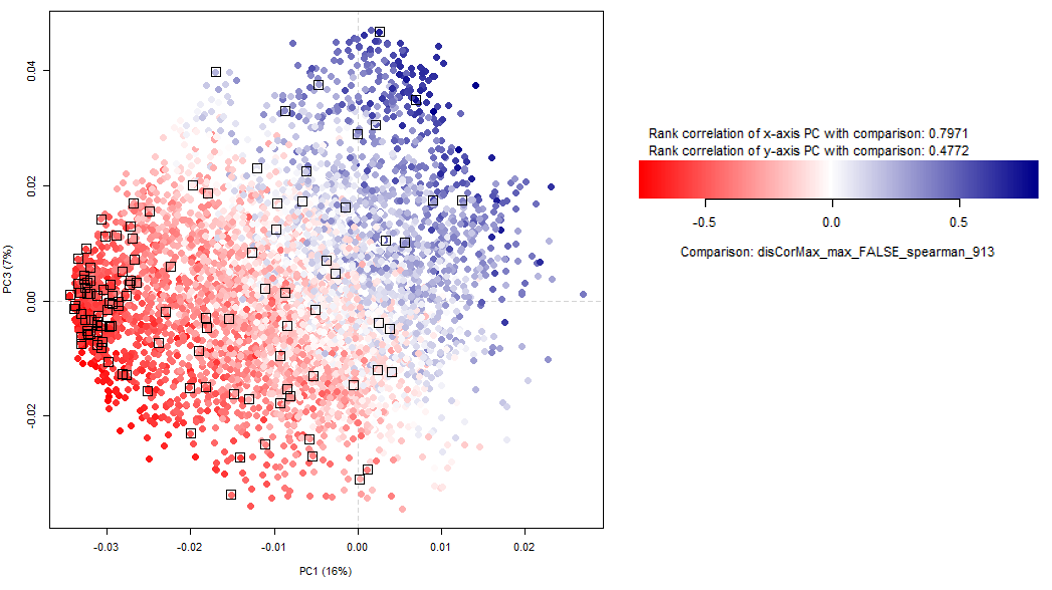 Assistance with the data analysis for an international interlaboratory trial of monitoring stations along the Rhine River. Commissioned by the IKSR/SANA. 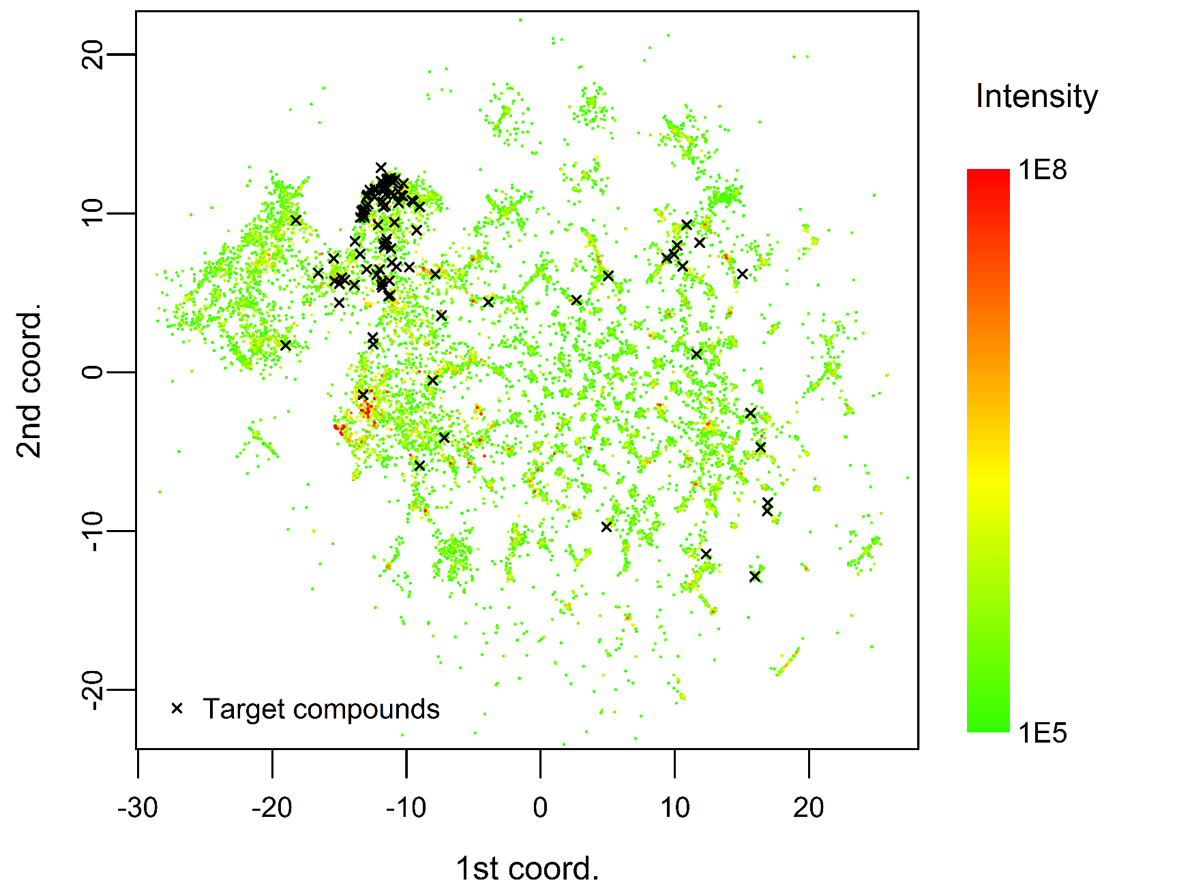 Industrial partner for a project on outlier detection as part of a bachelor-thesis, in collaboration with the Institute of Data Analysis and Process Design at the ZHAW School of Engineering, Winterthur, CH. 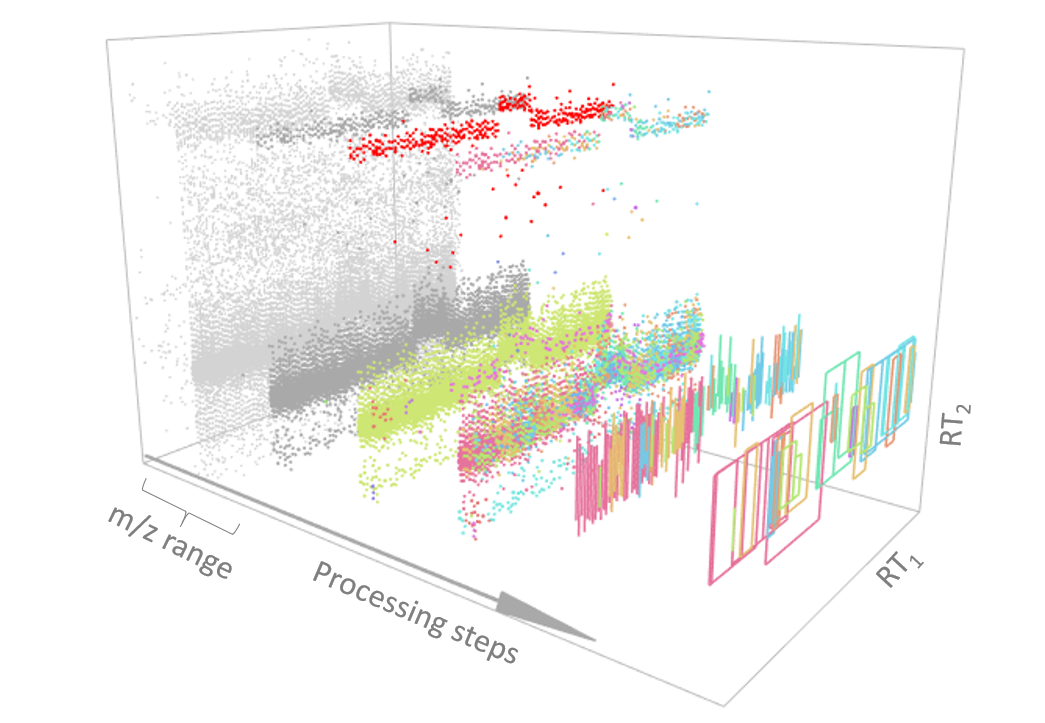 Automated LC/LC- and GC/GC-MS noise removal and signal detection (peak picking). Extension of the above enviPick R package for an additional dimension and for larger raw data sets.